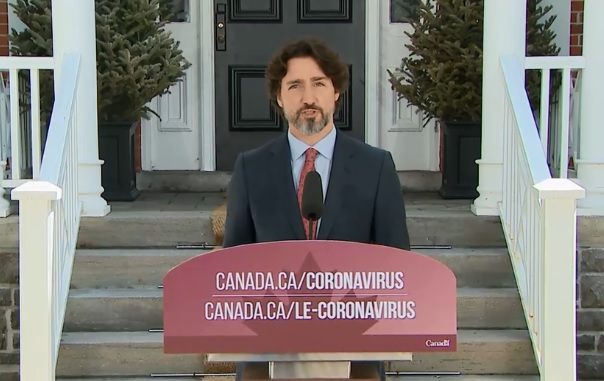 In his daily briefing, Justin Trudeau says he spoke to Premier Doug Ford about those conditions this morning. Trudeau says the Premier will address the situation in his own media briefing today but the PM has assured Ford the federal government will continue to support the province by extending military service at homes in Ontario.

Trudeau’s voice shook when speaking of the military report, “I was angry, sad, frustrated and in grief reading the report.  It was deeply disturbing and extremely troubling…we need to do a better job protecting our elderly in long-term care homes.”

This morning the Canadian Forces reported 36 members working in long-term care homes in Ontario and Quebec have been diagnosed with COVID-19.  That is up from 28 less than a week ago.

The Prime Minister also updated the country’s efforts to purchase and build personal protective equipment.  Trudeau says a new contract to build masks to protect against COVID-19 has been inked with General Motors.  The auto dealer will build 10-million face masks.  Trudeau also reported that over the last 10 weeks over 40 flights have arrived in Canada carrying much needed personal protective equipment including masks, gloves, and gowns.  Trudeau says 10,000 ventilators designed by Canadian scientist and Nobel laureate Arthur McDonald will be delivered this summer, bringing the total of Made in Canada ventilators to 40,000.

Trudeau also says he is going to take a serological test when they are available because he was exposed to COVID-19 when his wife Sophie was diagnosed with the virus.  Trudeau says the test for antibodies is important to discover how the virus has been present in the country.