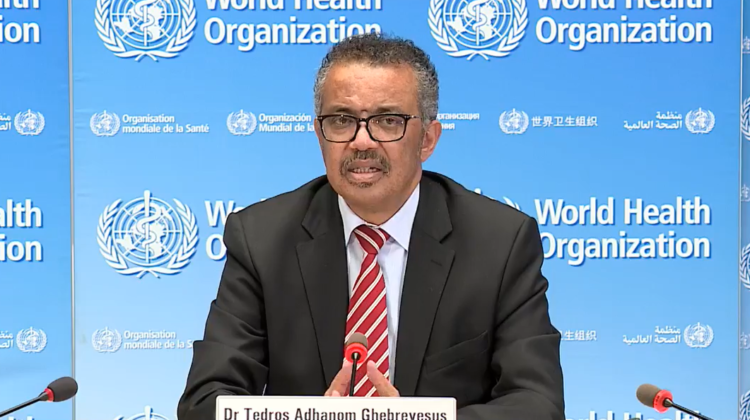 The head of the World Health Organization started his daily update today saying, “We still have a long way to go in this pandemic.”

Dr. Tedros Adhanom says in the last 24 hours, 106,000 cases worldwide were reported to the WHO. He says this marks the highest spike in a single day since the outbreak began.

Almost two-thirds of these cases were reported in just four countries, with the COVID-19 hotspots now centralized in the U.S, Brazil, Russia, and the U.K.