Terry Fox Run to be held virtually this year 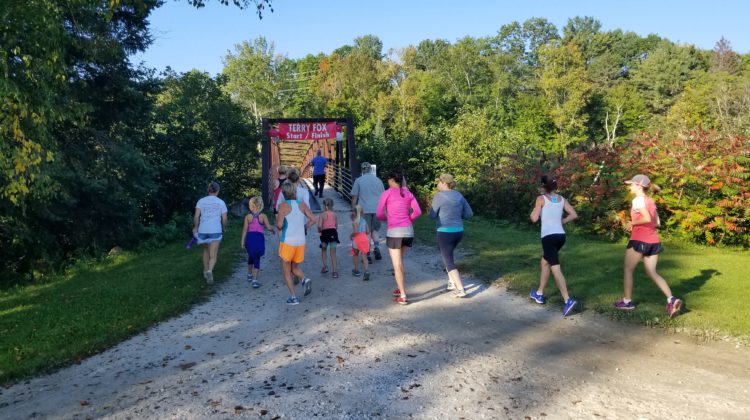 A handful of the 84 people that took part in the 24th Terry Fox Run in Bancroft in 2018 (Photo credit: Mathew Reisler)

The 40th anniversary of the Terry Fox Run will much different from what you may be used to.

“For 39 years, people have gathered in communities all across Canada to honour Terry Fox and to raise money for Cancer Research,” the organizer of Bancroft’s run Ron Speck says in a statement. “This year marks the 40th anniversary of the Terry Fox Run, but instead of gathering in large numbers, this years event will be a virtual run.”

Fundraising will still be done as usual through the Terry Fox Foundation’s website and people are still encouraged to get out on Sunday, September 20th to walk, run or bike. “The difference being, participants will choose
their own route in their desired location,” Speck adds. “This might be in their neighbourhood, on the Heritage Trail, on the golf course, on a bike trail; participation will be personal and done safely. We will unite in spirit, not in person.”

The Bancroft Terry Fox Run has contributed over $300,000 to the over $800 million that’s been raised during the run’s 39-year history.

“We are making a difference,” Speck says. “We need to keep this truly Canadian tradition going, even during these difficult times.”