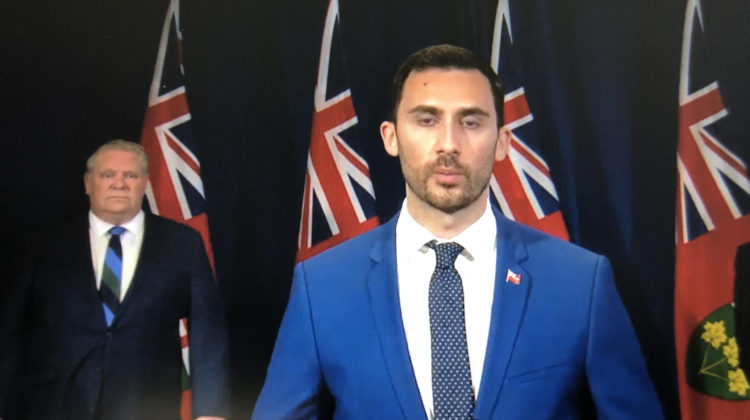 The Ontario government has reached an agreement to allow the redeployment of school board staff to volunteer in long term care homes and other congregate settings.  The agreement between the province, trustees’ associations and almost all provincial union representatives has been endorsed.

“It is inspiring to see our school boards, trustees, and labour leaders come together and provide education workers with the opportunity to support our frontline workers and take care of our most vulnerable,” said Premier Ford. “Whether it’s cooking or cleaning, or supporting mental wellness, this voluntary initiative will enable our education workers to go where they’re needed most during this crisis and make a difference in people’s lives and in their communities.”

Education Minister Stephen Lecce says a new portal will be launched later this week where education workers who wish to volunteer can apply and have their skillsets matched with needs in their communities.

When asked Lecce says this redeployment of school board staff does not mean school will not return this year but stressed that decision is being made in conjunction with the Medical Officer of Health and new modelling from the health table and with the safety of children and staff as the governing factor.  Lecce says an announcement on the future of the school year, as well as eLearning programs throughout the summer, will be made early next week.  He said the agreement between hospitals and congregate living settings and school boards can be terminated at any time.