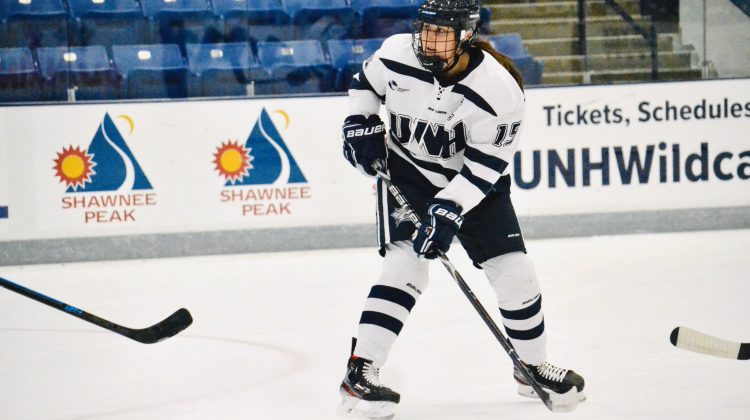 Tori Howran got her start playing hockey in Bancroft and now will be seen on the national stage.

The defenseman was drafted in the second round, seventh overall of the National Women’s Hockey League draft by the Connecticut Whale. “It’s been a very exciting time,” Howran tells the MyBancroftNow.com newsroom.

The Whale finished at the bottom of the NWHL’s standings this season but managed to beat the Buffalo Beauts in a play-in game to make the playoffs. They ended up losing 5 to 1 to the top-seeded Boston Pride in the next round. 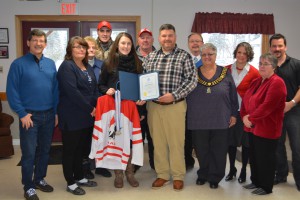 She spent the last four years at the University of New Hampshire. She had her best year with the Wildcats’ last year netting two goals and 22 points while also being the team’s captain. Before that, she spent four years with the Whitby Wolves, which included a trip to St. Catharines where she was a part of Team Canada at the 2016 IIHF Women’s U18 World Championship. She played in five games and went home with a Silver medal.

“Growing up there wasn’t really women’s hockey professionally,” Howran says. She adds that her highest goal was to end up playing for Team Canada at the Olympics or to play collegiate hockey. After that, she says she wasn’t sure where her career would go. With the establishment of the NWHL and it’s Canadian counterpart the CWHL, it’s given players like Howran a greater opportunity to continue their hockey careers. “Now to be able to continue my hockey career is amazing and not something I thought I’d be able to do,” she says.

Since being drafted in April, Howran says she’s been getting constant messages of support from people in the community. “I can’t thank people here who have helped me get to where I am now and those outside Bancroft who have helped me as well,” she says. “Since I’ve been drafted I’ve had so many people reach out to congratulate me. “They just can’t believe this happened to someone from Bancroft.” Howran says she wouldn’t have been able to get to where she is in her career without the support of the community.

The NWHL’s championship series the Isobel Cup has been postponed due to the COVID-19 pandemic. While the league continues to figure out if the series will continue or be cancelled, Howran says come September she hopes to be on the ice skating with her new teammates.