Ford Explains Why He Went to the Cottage 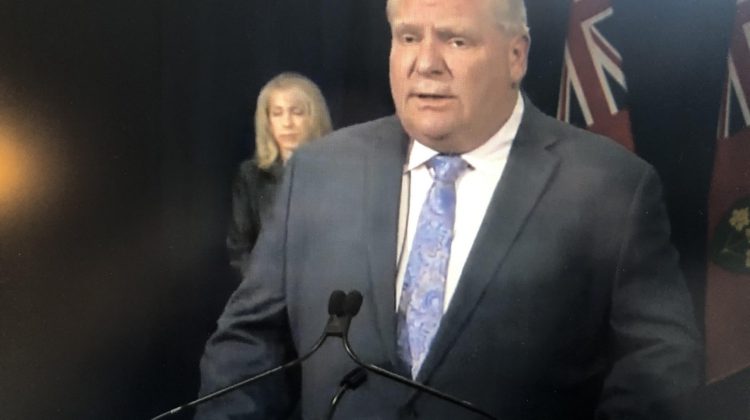 Doug Ford says the condition of the pipes in his cottage had been weighing on his mind before he went to check them on Easter weekend.

During his daily briefing Ford told reporters his side of the events. He says he was told by his team that he had the day off, his first in two months. He said two years before the pipes had burst in his Muskoka cottage and made a mess, so he had been worrying about them. He said he woke up early that morning, jumped in his truck alone at 6:30 in the morning and was back in Toronto by noon.

Ford had asked cottagers prior to Easter not to go to their seasonal properties and this week said if you must go check on your property practice physical distancing and do not have large gatherings.