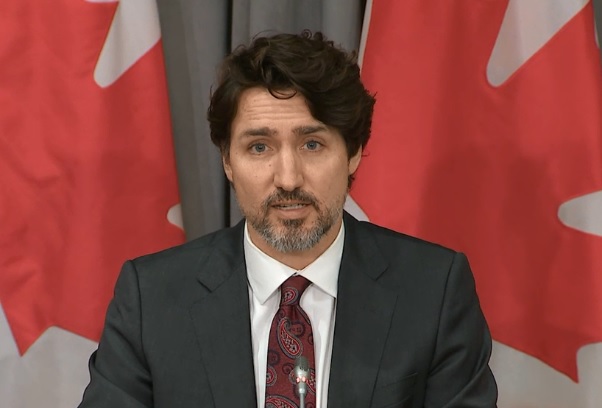 “It needs to stop.” That from Prime Minister Justin Trudeau at the beginning of his media briefing on new gun laws today.

The Prime Minister was referencing historic mass shootings in Canada and gave some insight into where he was on December 6th, 1989, during the mass shooting at L’ecole Polytechnique in Montreal, “I was shocked, I was 17 years old, and I couldn’t understand that such an act of violence could happen in this country.”

Trudeau then announced that the federal government has banned military-grade assault weapons effective immediately.  Trudeau said it is now illegal to buy, sell, transport, import or to use 15-hundred models and variants of these weapons.  Trudeau says they have one purpose only, “to kill a vast amount of people quickly and they have no use or place in Canada.” He added that these types of guns are not needed to “take down a deer” while he acknowledged that the vast majority of gun owners use them safely and responsibly and in accordance with the law for sport shooting and hunting or on their farms.

There will be a 2-year amnesty period for people who own these guns legally in order to comply with the law and legislation will be tabled to ensure fair compensation for the owners. The guns will only be allowed to be exported with a valid export licence or transported for the purpose of deactivation.  The firearms are to be stored safely and in compliance with the law and are not to be used beginning immediately.

Stringent firearms control was a Liberal campaign promise in the fall.  Trudeau says the Liberals will work with the opposition parties to table even more gun legislation in the future, “We will work together to keep Canadians safe.”