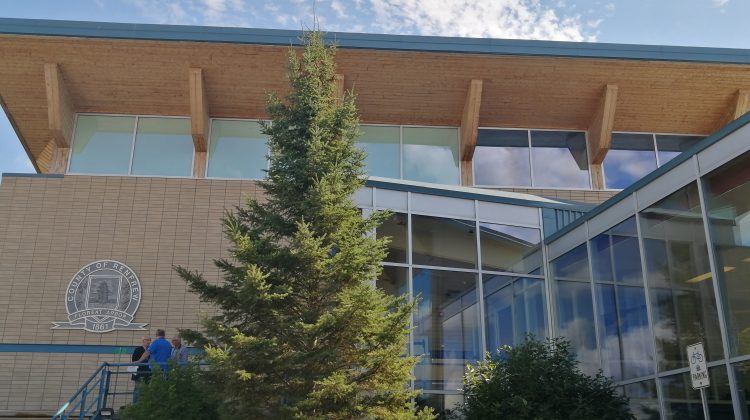 Renfrew County Council Building (Photo Credit: Trevor Smith-Millar)
The Warden of Renfrew County Provided an update to the County’s response to COVID-19.
Warden Debbie Robinson says while some may questions the extent of the efforts to date, she says the numbers are showing success in the County. She also says that without taking measures, the county would have faced unacceptable consequences. The Warden also says that the Economic Development staff have been contacting local businesses and the first meeting of the economic task force began discussing practical work plans for the future. She also says that a Crisis Communication Plan has been implemented to keep communication open with the community during this pandemic. The Warden says that protection in our long-term care homes has been proactive and paramedics continue to work the front lines in the fight against of COVID-19.
Warden Debbie Robinson says that the working relationship between the county and the Health Unit’s medical officer of health Dr. Robert Cushman is  excellent. She says he strongly supports the work being done with long-term care, PPE and paramedic operations. The Warden also praised the relationship between the county and MPP John Yakabuski. She says his commitment to the residents of Renfrew County has been influential in bringing concerns of the county directly to Premier Ford himself. Robinson says that Yakabuski’s influence has resulted in significant gains, such as advocating successfully for paramedics to be included in the 4$ an hour wage hike for front-line workers.
The Warden says the county is proud of their efforts and the efforts of all front-line workers in Renfrew County and across Ontario.