Fishing will be free for Family Day long weekend 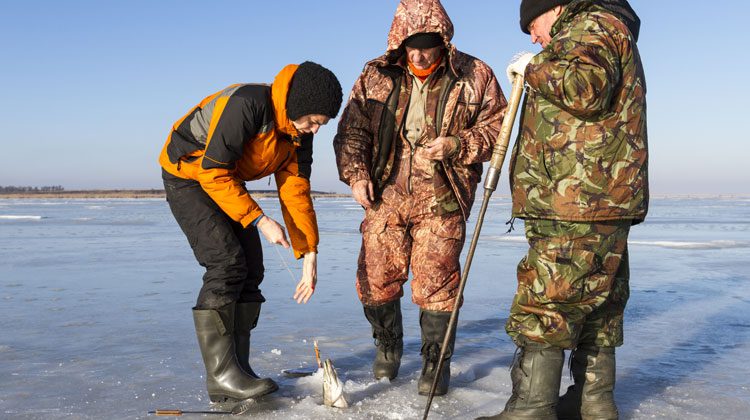 For the past eight years, the Ministry of Natural Resources and Forestry has allowed Ontarians to fish for free during Family Day long weekend and this year will be no different.

“We’re trying to promote this tremendous family activity,” Minister of the Ministry of Natural Resources and Forestry John Yakabuski says. From February 15th to the 17th you will be able to fish for free in Ontario. That’s on top of the free fishing weekends that happen during Mother’s Day and Father’s Day weekend and for the entire week after Canada Day.

He says that people that love to fish already have a license, but they hope to get those that are on-the-fence about getting a license out on the lake for the weekend. Yakabuski says he has heard from people in past years that decided to buy a license after a free weekend because of how much they enjoyed themselves. “Recreational fishing is a $2.2 billion industry in Ontario,” he notes, pointing out how much it helps Ontario’s economy.

“Everyone has their own reasons for enjoying fishing,” the Minister says. “It’s that connection to nature and the quietness of waiting for that fish to hit.” Yakabuski adds that this weekend is unique since it’s the only free weekend of the four that happens in the winter. He says ice fishing allows you more time to relax and be with your family. Yakabuski says once he gets his base set-up, he plans on playing shinney with his kids while waiting for a bite. “It’s a different activity, but one that’s very popular in the province,” he adds about ice fishing.

Yakabuski adds that anyone taking heading out this weekend needs to be aware of thin ice. With mostly mild temperatures this winter, some bodies of water in the province may not be suitable to be on for ice fishing.

Deputy Fire Chief with the Bancroft Fire Department Matt Musclow has told the MyBancroftNow.com newsroom in the past that ice must be at least four inches thick to be safe for fishing, five inches if you drive your snowmobile out onto the lake and eight to 12 inches if you’re taking your car with you. It’s also suggested that you park your snowmobile, car or whatever vehicle you bring with you at least 20 feet away from where you’re fishing.