No ice is safe ice: OPP 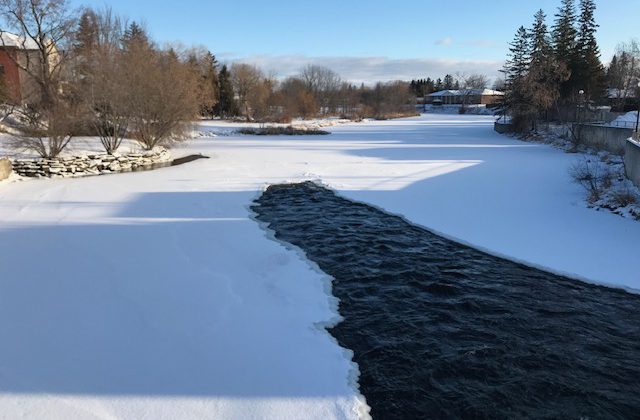 Winter is here and the OPP is putting out a reminder about ice safety.

Constable Russ Beaton, with the SAVE (Snowmobile, All-terrain vehicle & Vessel Enforcement) Team, says no ice is safe ice. He noted there are a few basics to keep in mind if you do plan on heading out on the ice: always let someone know where you’re going and when you’ll be returning, don’t go if you don’t know the thickness and always seek local advice about ice conditions.

Beaton explained ice is constantly changing and you should know the location’s depth, current and tides. He says debris in the water, including rocks, logs and docks, absorb heat and cause the ice to thaw faster. Ice incidents have claimed nine lives in Eastern Ontario since 2013, according to Beaton. He noted two people died while walking on unsafe ice, two on snowmobiles and five on ATVs.

Beaton explained if you plan on ice fishing, wear a flotation jacket. He says if you do go through the ice, the first thing you should do it call for help. Beaton noted it’s important to take a moment to catch your breath and resist the urge to climb right out. He says the best method is to reach out across the ice, let your legs float up and kick as hard as you can to get back up on the ice.