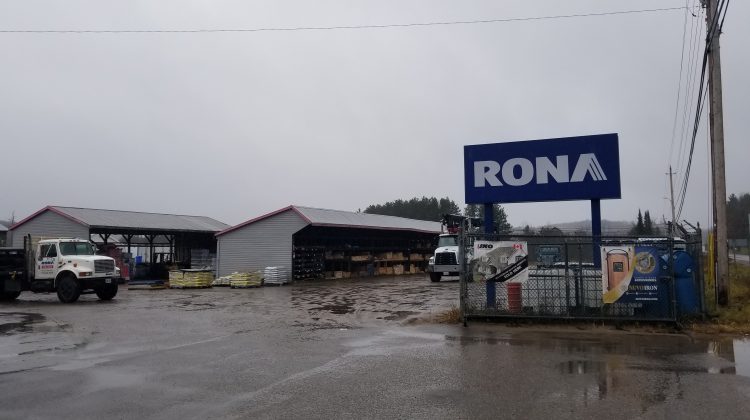 The lumber yard of the RONA in Bancroft just off of Highway 62 (Photo credit: Mathew Reisler)

34 Canadian stores are being shut down by the American retailer across Canada, including 26 RONAs.

Manager of the Bancroft RONA Shane Card tells My Barry’s Bay Now that his store is not included since they are privately owned.

RONA in Petawawa is also not included on the list of shuttered stores.

This is the 2nd year in a row Lowe’s has shut-down underperforming stores in November. Last year 31 were closed down across the country, including two RONA-branded stores. This year, six Lowe’s and two Reno-Depots are being closed along with the 26 RONA outlets.

No other stores in the region are being shut down either. The list of what stores are affected is available through Lowe’s website.

Lowe’s has just under 2,000 stores across North America, including 488 stores in Canada.

With files from Mathew Reisler