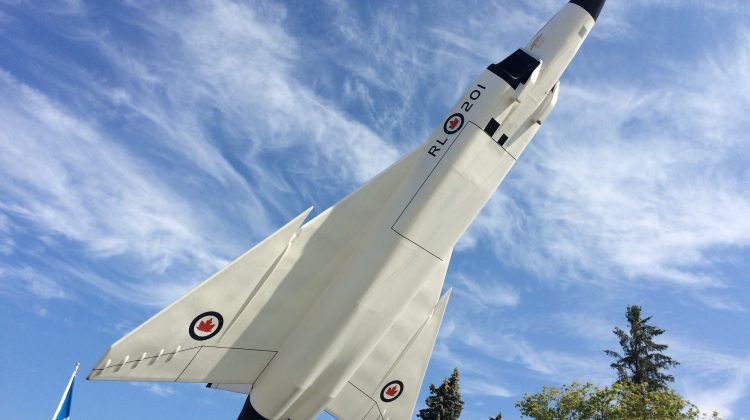 Photo credit: Matt Latour - Moose FM
An offshoot of the Opeongo Reader’s Theater is aiming to take classic tales and turn them local.
The Opeongo Radio Flyers are performing as part of the Encounters with Great Writer’s Series put on by the Whitewater Region Library Board. Barry Conway of the Station Keepers says that they plan to perform a version of War of the Worlds, but with a local twist. Instead of it being set like the original was in New Jersey, Conway says that locations have been changed to have it set in 1950’s Brudenell. Other locations include the Foymount Radar Station and also includes Avro Arrow pilot Jan Zurakowski. Conway says the Opeongo Radio Flyers are much like the Reader’s Theater, but instead of performing stories or letters, they instead will specialize in plays. Conway says that a lot of plays and stories can be adapted like War of the Worlds to be set in places in the Madawaska Valley and Renfrew County.
The performance of the new play will be going down at Cobden’s Royal Canadian Legion at 7 PM on October 30th . Tickets are going for 10 dollars with the proceeds going to the Whitewater Region Public Library. A dress rehearsal of the show had previously been performed at the Barry’s Bay Train Station earlier this week.
If you miss the show, the Station Keepers will post a recording on Halloween Night on the Opeongo Line Podcast.