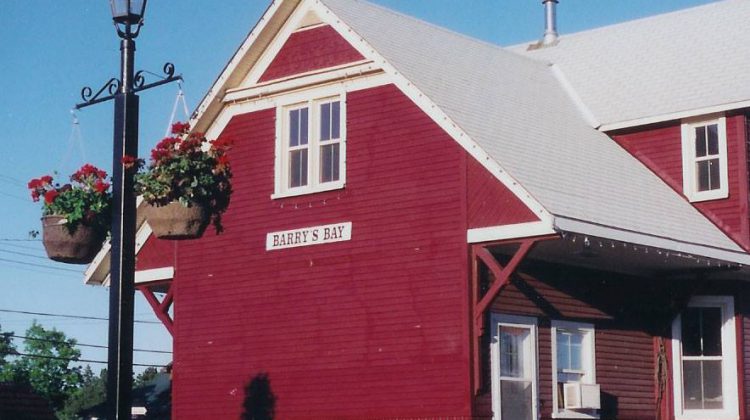 The Station Keepers are celebrating a special occasion in style.

The Keepers are celebrating 125 years of the station’s existence. Barry Conway, one of the station keepers, says there will be a lot of celebrations on September 28th. Headlining the event is Ish Theilheimer and the Stone Fence Theatre. They will play  songs from their musical ‘Here Comes the Train.’ There will also be a spike driving contest and railway-appropriate food. One of which Conway calls CN Strawberries, which he said people will have to see what they are for themselves. He says many events will be happening that day. On October 1st, the official birthday of the station, Conway says that the Opeongo Readers Theatre will perform writings by the railway’s builder, J.R.Booth.

Conway says that Booth was an interesting character, especially in relation to Frank Stafford, who owned the general goods store in the station. Because of the two butting heads, Booth moved the station away from Barry’s Bay and then back a few years later. Conway says when the line was finished in 1896, grain from the Prairies moved through Barry’s Bay. Conway says that at its height, the line was the busiest in all of Canada, and carried 40% of all western wheat in the 1930s. However, when the Welland Canal in southern Ontario was widened, the rail was slowly phased out. Conway says that many people may think they know what happened with the station all those years ago, but he says the reality is much more fascinating.