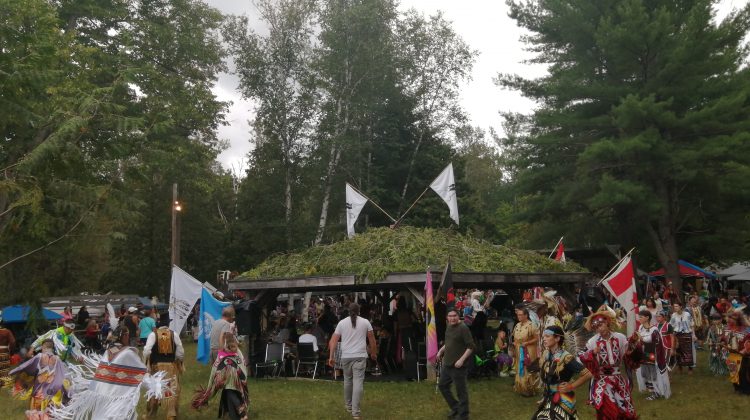 It was a meeting of many nations in Pikwakanagan this weekend.

The 32nd annual Pow Wow saw bumper-to-bumper traffic up Kokomis Road for the event. Jamie Sarazin has been assistant coordinator in organizing the event for 32 years. This year she is taking a more active role in the Pow Wow as the former head coordinator stepped down last year. She says the roles is more about giving advice, managing the sacred fire, getting fire keepers, and giving them teaching and medicine so people can make offerings.

Sarazin said they had some people come from as far as Saskatchewan, as well as from Tyendinaga and Mowhawk territory, and northern Quebec. She says the event has grown a lot over 32 years. Sarazin said when they first started off they had ten dancers for the event. She said this year it has grown to up to 300 dancers.
Sarazin says people attending the Pow Wow find a sense of who they are and find their pride and self respect. She says it the event is all-volunteer, with funding coming from council, the community, and outside businesses. She says they get help as well through grants from Heritage Canada.