Highway 17 to Expand to 4 Lanes between Arnprior and Renfrew 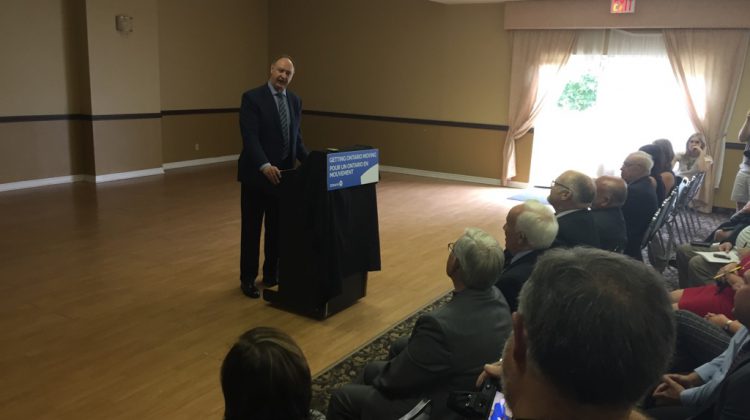 MPP John Yakabuski has announced a major expansion to Highway 17.

The project will widen a 22.5 kilometer stretch of the highway from Scheel Drive to Bruce Street in Renfrew County. The project will also include four new interchanges. The Provincial government says widening the highway will reduce congestion and improve quality of life for workers, families and businesses in Ontario. On hand for the announcement was the Mayor of Renfrew Don Eady, Jennifer Murphy, Warden of Renfrew County, as well as many mayors and business leaders in Renfrew County and beyond.

MPP Yakabuski said that he expects work to start in two to three years.  The project is currently trying to acquire land for the highway, with 60% already been acquired according to the MPP. Design and environmental reviews must also be completed before it can be put out for a bid.  He says this will help all of Renfrew county, as it will tie in highway 60 and create a provincial highway loop. On Barry’s Bay specifically, Yakabuski said that while highway 17 may not touch the town, the effects will be felt throughout. He says this is yet another promise that the provincial government has kept, referring to the broadband expansion announced earlier this summer. Yakabuski says the expansion has been the number one question he has been asked for the last 16 years.

Madawaska Mayor Kim Love attended the conference and said she was extremely happy with the announcement. She said the highway will allow more people to come to the Madawaska Valley during the busy vacation time, adding seasonal residents living in Ottawa will find it safer and easier to come to the area. She says anything that makes that trip easier will bring in more tourism. Mayor Love was on the Highway 17 committee and says today makes every hour worth it.