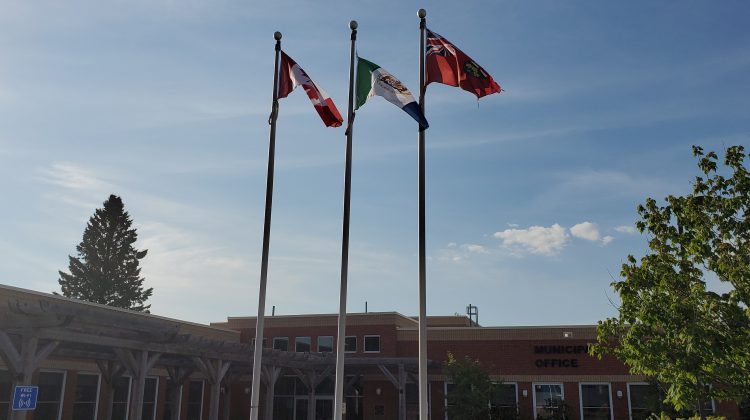 By a vote of four to two, Hastings Highlands council voted to not amend their flag policy. Mayor Vic Bodnar and Councillor Nancy Matheson were the two votes in favour of the amendment.

Deputy Mayor Tracy Hagar was not apart of the vote because she claimed her business could financially benefit from the rainbow flag going up.

“Some of it is disappointing,” Mayor Vic Bodnar says. He points out that – if the flag policy was amended – a community-related flag would have flown for one week below the Hastings County flag at the Municipal office if approved by council. This would have allowed for 52 different groups to fly their flag in Maynooth. While Bodnar says he didn’t expect 52 groups to step forward, it would give everyone an opportunity. Councillor Nancy Matheson mentioned that groups like the Terry Fox Foundation or the Alzheimer Society would have the same opportunity that the LGBTQ+ community would have to fly their flag.

Council looked to amend the flag policy with the rainbow flag in support of pride month in mind. The meeting was well-attended with multiple residents saying the flag poles should remain neutral. “If your car is in neutral, you’re not moving,” Bodnar says.

Councillors Tony Fitzgerald and Dorothy Gerrow said that it’s the job of the municipality to represent everyone with Fitzgerlad adding that he doesn’t think it’s wrong to have the pride flag flying above the Municipal office. Councillor Tammy Davis said in a pre-written speech that she believes the municipality is accepting of everyone.

In a passionate speech, Councillor Alex Walder spoke about how difficult this decision was for him to make. He said that he sees division in the community because of this issue, but hopes that it’s repairable.

This meeting was originally scheduled to be in the council chamber but had to be moved to the gym inside the Municipal office because of how many people attended. Bodnar adds that because of the “firestorm” this issue became, a special meeting had to be held so this could be addressed. “I got over 100 emails and it was virtually split down the middle for and against,” he says. “It started off very well thought out, then it, unfortunately, denigrated into very caustic emails.”

With pride month in mind, a motion was put forward to have a pride-related poster in the window of the Municipal office. Council voted to delay a vote on that until a poster design has been brought forward.