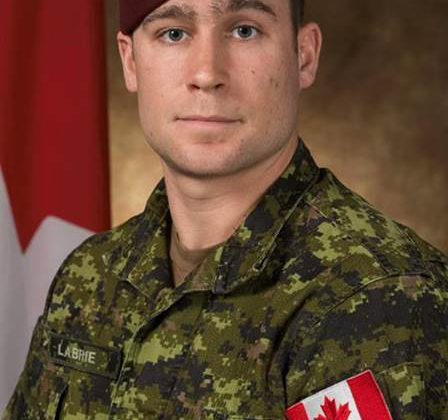 A soldier stationed at CFB Petawawa has died overseas.

Labrie enrolled in the Canadian Military in 2013 as an artillery soldier. The Canadian Military Police are investigating, but no details are being released until the investigation is concluded. Military Spokesperson Dan Lebouthillier said the armed forces are focused on supporting to Labrie’s friends and family. Lebouthillier says these type of accidents are rare, and is an example that a career in the armed forces can be dangerous.