Salamander-Eating Plant to be Studied in Algonquin Park 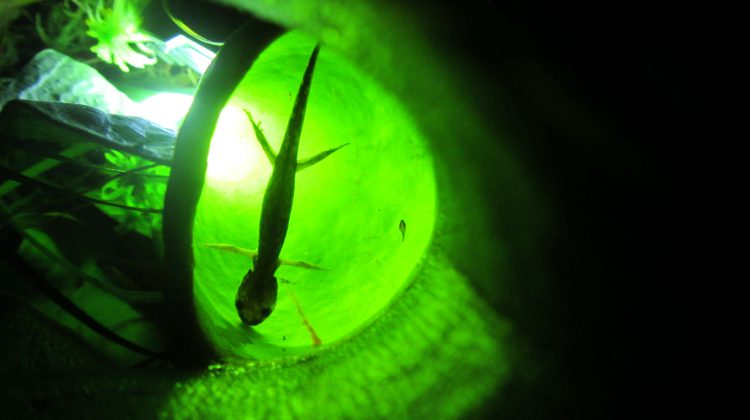 A newly discovered type of flesh-eating plant is being studied in Algonquin Park.

The research is being conducted by the Algonquin Wildlife Research Station. The station has been serving as a center for research and public education for 75 years. PHD Candidate Patrick Moldowan of the University of Toronto’s Evolutionary Biology Department is heading the team that will take a close look at these plants in detail during August and September. During that time, young salamanders which the plant feeds upon are making the transition from water to land.

While pitcher plants like this one are common to Ontario, Moldowan said this particular one caught the eye of a younger student. Unlike other pitcher plants that catch only insects, it was found that this plant traps salamanders regularly. The plant creates a sugary substance that attracts insects, which in turn attracts salamanders. Moldowan says the when the amphibian falls in, it cannot get out due to the plant’s waxy and hairy insides. When the salamander drowns, a special species of mosquito that lives inside the plant breaks it down. The enzymes in the plant absorb the nutrients from the prey after the mosquitoes are done with it. Moldowan says that compared to the garden salad that are insects, a salamander is like a steak to the plant.