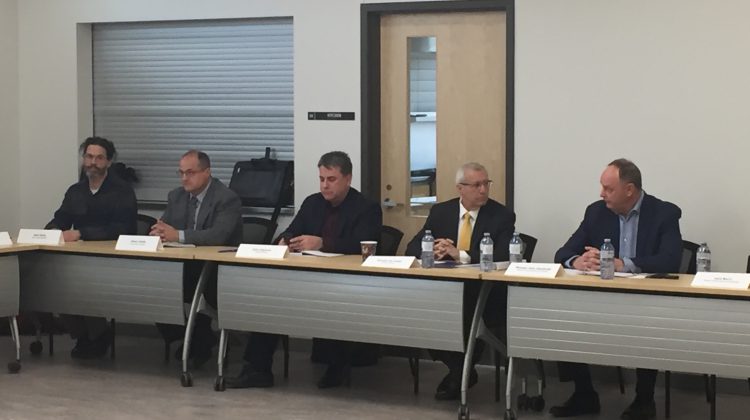 It’s been a whirlwind year for John Yakabuski

In a lengthy conversation with Moose FM, the MPP and Minister of Natural Resources and Forestry talked about a number of issues. He touted elimination of cap and trade to save rural drivers money, as well as scrapping the Green Energy Act in order to cut down on electricity costs. He also touted over 190 thousand new jobs and increased investor confidence in the province.

On the subject of the cuts, Yakabuski acknowledged that they do effect those involved. But he also stressed the 15 billion dollar deficit the Tories inherited is a much bigger problem. He said the government was committed to cutting where necessary while leaving healthcare and education intact. He said the current government is adding $1.3 Billion and $700 million to those programs respectfully.

Yakabuski also talked about the Ministry of Natural Resources and Forestry. He told Moose FM that Ontario’s forest fire preparation was the best it could be, and called the province’s forest fire service the best in the world. He also talked of the flood response, saying he was actively talking with managers of the Ottawa River to better prepare for future floods. He wanted to expand sustainable logging that could meet demand and was environmentally friendly. He also wants to reform big game tags, continue proper wildlife management, and combat invasive species.

Yakabuski said all in all it’s been a busy year. The Government passed over 20 pieces of legislature and sat more days than any session of parliament. He says it’s been both a challenging and fulfilling year. He says he has many places throughout the province he will need to visit over the break, but he hopes he can spend a little more time in his constituency during the off season.