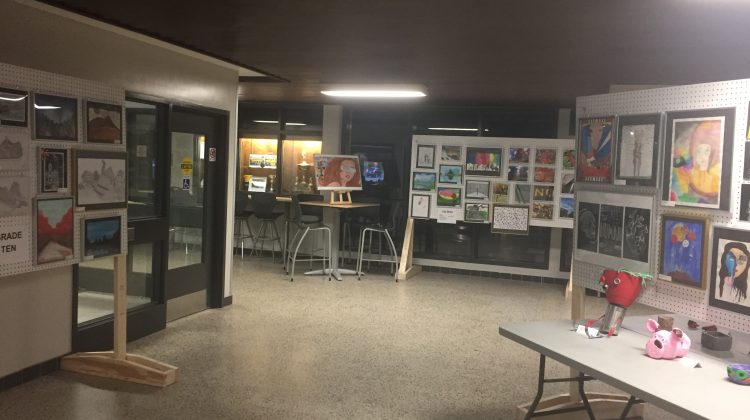 The Madawaska Valley District High School had their arts night on Thursday.

Grades 9 through 12 showed off the art they had been doing throughout the year. The works were a result of assignments that the students had done throughout the last two semesters. The students featured a variety of styles and themes in their work, which ranged from Native-American style paintings to etchings and sculptures.

A number of student musicians also performed a small concert as well. Organizer and music teacher Kirk Harber chose to have smaller bands or solo players rather than large school bands that normally play. Students played a variety of music as musicians, as vocalists or sometimes both. While mostly older students performed, younger students also had their chance in the limelight. Harber says he has the musicians tour the local elementary schools throughout the year to build their confidence in performing.

All in all, Harber was pleased with the event and felt in ran smoothly.