UTV Stolen After Key Was Left in Ignition, Says OPP 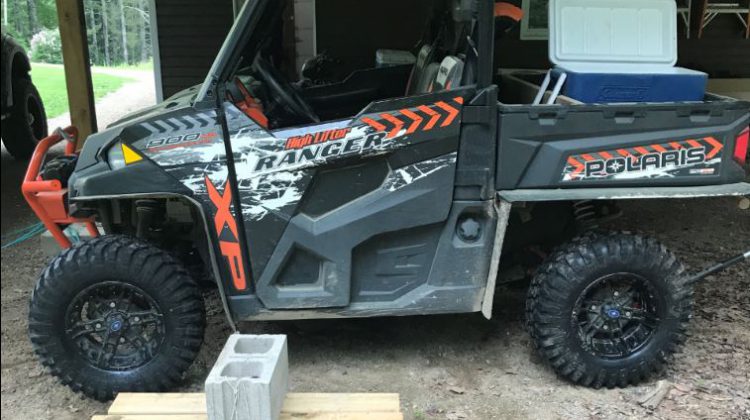 This UTV was stolen, anyone with any information is asked to contact Upper Ottawa Valley OPP or Renfrew County Crime Stoppers. (Photo Credit: OPP).

Lock it and pocket the keys.

That’s what the OPP is saying as they investigate the theft of an orange and black 2016 Polaris Ranger XP High Lifter Edition 900cc Side-by-side Utility Task Vehicle (UTV). They say the key had been left in the ignition. The vehicle’s Off-Road plate reads 6DW10 (above picture is of stolen UTV).

Constable Shawn Peever of the Upper Ottawa Valley OPP says that it was stolen from a property on Wylie Road in Laurentian Valley Township between May 4th and May 7th.

“At this point, we have no suspects” he says and reminds the public to never leave your key in the ignition. He says that whether it’s a side-by-side, an ATV, a motorcycle, or a car, you should always lock it up and pocket the keys.

He adds that anyone who has any information regarding this incident is advised to contact the Upper Ottawa Valley OPP at 613-735-0188 or Renfrew County Crime Stoppers at 1-800-222-TIPS (8477) or click here.