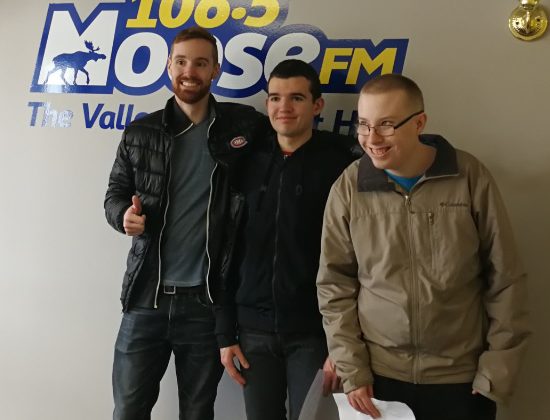 The 2019 Invitational Youth Games of the Special Olympics are taking place in two weeks and the Madawaska Valley Wolves are going in the hopes of bringing back gold.

Member of the Wolves’ Unified Floor Hockey team, Peter Gonzalez says they appreciate the support. He says they’ve been supported by friends and family and adds that they’re ready, “the team has been practicing at school and some play for community teams”.

Gonzalez says he’s excited to play against some of the best teams in the world, more specifically, team U.S.A, the Caribbean teams and teams from Europe.

Another member of the team, Michael McCloskey says that, apart from competing, he’s excited for the opening ceremonies as well as the closing ceremonies. He says that the Games are putting together a formal dance with the theme being “Under the Stars”.

It’s a pretty exciting adventure for both, Gonzalez says “the team is nervous and excited”. They’ll be staying in a residence at Humber College while they are there McCloskey says.

The team is leaving on May 13th and coming back on the 17th.

Unified Sports joins people with and without intellectual disabilities on the same team to train and compete.