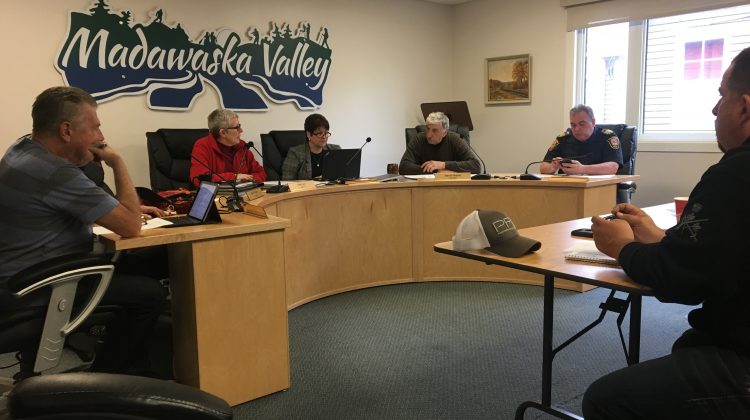 Madawaska Valley Township held a special council meeting at 3:30 this afternoon in regards to the spring runoff and current flood conditions.

Operations Manager for the Township, Hilary Kutchkoskie, informed us that this morning’s emergency culvert replacement went according to plan and that residents were not negatively affected. In terms of road status, he says that the culverts for Wilno North Road will most likely arrive next week but that they still have to wait for the water levels to go down before any work begins. Finch Road remains closed and will be for a while. The good news is that Dam Lake Road has reopened he says.

Fire Chief of the Madawaska Valley Township Fire Department and Deputy Clerk on Spring Freshet Calls, Corwin Quade, says that there’s good news when it comes to Round Lake. He says, though water levels are going up 12 cm’s a day, he states that it’s an improvement from last week when they were going up 20 cm’s a day. He says Madawaska River is stable, and that there’s nothing to worry about there. Quade does say that Bark Lake is rising 30 cm’s a day but as he says “there’s still lots of room”.

Although townships in Renfrew County are being impacted differently, when it comes to Madawaska Valley council says they’re not pressing the panic button. The meeting concluded with a general consensus that everything is under control. If you were affected by floods in 2017, be ready and prepared but as Mayor Kim Love says “we’re not declaring an emergency”.