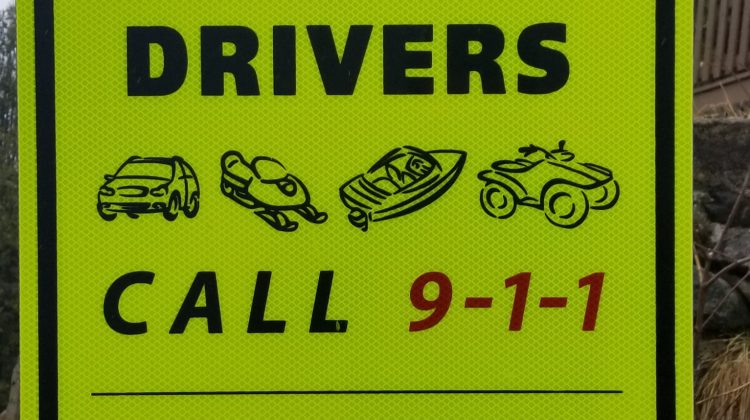 “We want them to be our eyes and our ears for us to help us to support the safety of our community,” says OPP Constable Philippe Regamey.

Operation Lookout was started in 1992 as a community-oriented way for the OPP to get help nabbing impaired drivers. “The OPP works with the community constantly,” Regamey says. He says that you’re not expected to patrol the area every night for law-breakers, but just keep your eyes open while driving for anyone that may be driving when they shouldn’t be.

Impaired driving can happen at any time, he says. That’s what it’s important to know the signs that someone is driving impaired. Regamey says if you notice a vehicle swerving in and out of their lane, driving with inconsistent speed or changing lanes without signalling they may be impaired.

Regamey says to either have the passenger call 911 or – though it’s not recommended – call 911 yourself. He notes that calling 911 is an exemption to the rule, but you still need to do so carefully. He says it’s always recommended that you pull over to make a call, even if it’s to the OPP.