Students Take to the Streets of Barry’s Bay 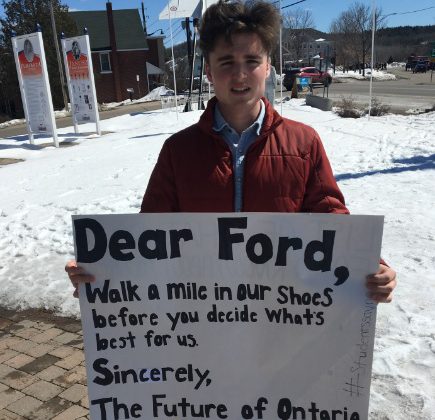 This afternoon, during a province-wide walkout, students from Madawaska Valley District High School (MVDHS) protested against the announcement of the province’s modifications to the education system.

Although over a hundred walked out of MVDHS, Student Trustee and Grade 12 student, Sean McCloskey says about 70 attended the rally. He says that the rally was an extra thing and that the walkout is what’s most important. He says that he, along with Student Activity Council President Brook-lyn Lundy, addressed the crowd. “I gave a rundown of where all the dollars are going because with my work at the province level I’m aware of that” he says.

McCloskey says that he didn’t get any negative feedback from school staff on the walkout but says that “we know it isn’t a school-sanctioned event, but people in the building know what we’re doing and there’s an understanding that we’re capable of presenting ourselves peacefully with protest”.

He says the student voice is undermined and adds that they have to send a message to local MPP John Yakabuski. “No one knows what’s happening better than a student” he says and hopes that this will add pressure in order to create a change. 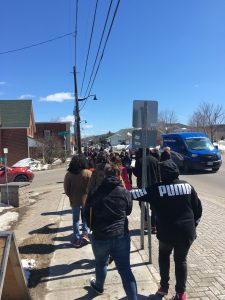 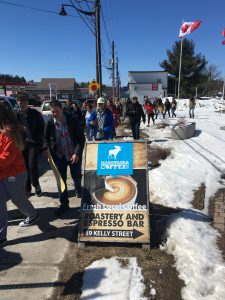