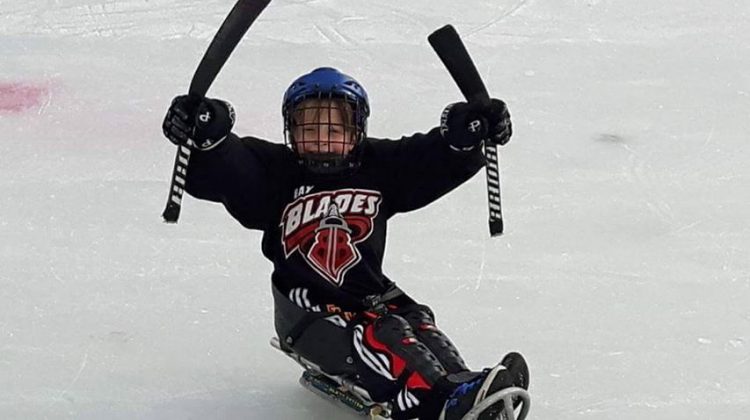 Sledge hockey will be showcased in Barry’s Bay this weekend.

The Barry’s Bay Blades are hosting two Ottawa based teams on Saturday in the hopes of promoting the sport in Madawaska Valley. Coordinator of the event, Anita Jessup, says the sport has a lot to offer. “We live in a community where hockey is popular and sometimes ensuring that hockey is inclusive is a challenge especially for people with specials needs and physical disabilities”. Barry’s Bay is quite lucky to have this program here because as Jessup says, the closest other sledge hockey programs are in Peterborough and Ottawa.

Jessup also states that, in terms of commitment, sledge hockey in the Bay has many advantages. She says that given that they are not officially in a sledge hockey league, there are no travel demands. She adds that this keeps fees low. The Barry’s Bay Blades plays once a week. Given that the Blades don’t often play against teams from out of town, this weekend’s game makes it extra special for the players.

“It’s great for everybody because it follows the same rules (as hockey) but adds another component in order to maneuver the sledge around” Jessup states.

Two games will be on tap this Saturday at the Paul J. Yakabuski Community Centre. The first game is at 3:00 PM which will have the Blades face-off against the Ottawa Sledge Hawks. This game will feature players aged 11 and under Jessup says. The second game, at 4:00 PM, will have the Blades play against the Ottawa Senators Sledge Team (aged 12 and up). Admission is $2 per game.