Community is Hooked on The Pirates of Penzance 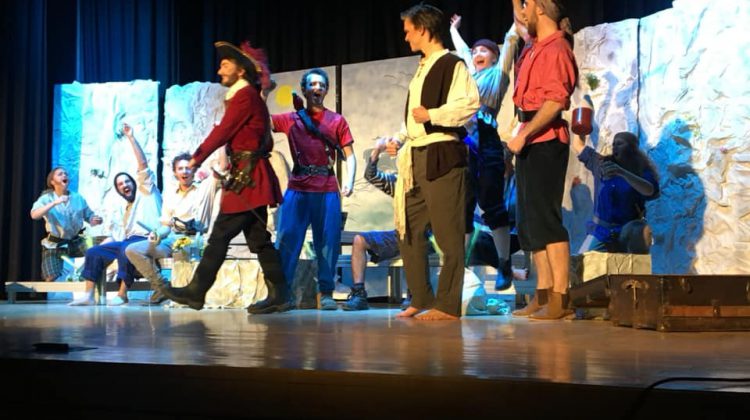 Close to 800 people made the trip to see The Pirates of Penzance last weekend.

Students of Our Lady Seat of Wisdom College in Barry’s Bay showed off their singing and acting chops by presenting their annual play over three different showings.

Stage Manager, Brenna Wehrle says that the show started off with a bang on Friday night. She says she was surprised by how much better it got from the crew’s last dress rehearsal. Thinking actors might become a little over-confident after the first night, she got nervous at first but states that all three shows were solid. Over the weekend she says that they got to tweak the show and were just hitting their stride by Sunday.

She says she believes that Friday night’s showing attracted over 180 people while Saturday and Sunday’s showings were at full capacity with… 300 audience members each! She says that it was a great experience for everyone and when she was asked if anyone made any mistakes she was quick to respond by saying “it’s only a mistake if the audience notices”.

After it was all said and done she says that the entire crew are extremely grateful towards everyone who came out and supported to play. She also added a special mention to Madawaska Valley District High School who let them use their school and stage/equipment for the week and also to St. Hedwig Church in Barry’s Bay for letting them use their space for rehearsals.

Although next year’s play does have large shoes fill, she says that she has no doubt that it will be as good, if not better.