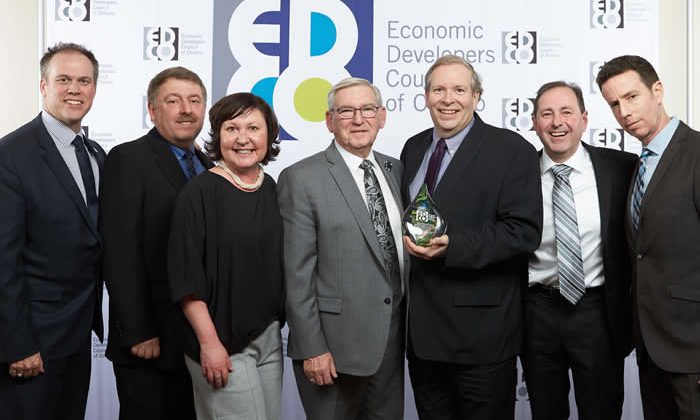 Petawawa Mayor, Bob Sweet (also Chair of the OVRT and ATAC Committees), was proud to announce that the 296 kilometer trail won the Lieutenant Governor’s Award at the Economic Developers Council of Ontario (EDCO) last week.

He says the newly developed trail, which runs from Smiths Falls to Mattawa, has been very beneficial since it opened nine months ago. Sweet adds that when you drive by the trail, hotels and restaurants near are full. He says we’ll see the trail have a positive economic impact on all of Renfrew County.

As for the award, Mayor Sweet says “it only validates the vision we had” adding that the idea for the project started 10 years ago. He’s honored that the trail was chosen out of 400 entries to win the prestigious Economic Development Excellence award and has no doubt it will have major benefits for years to come.

The trail still needs some stone dusting he says but by summer time it’ll be used as it was intended to be used. He says cyclists, hikers, ATV riders and bird and butterfly watchers will be able to access it.