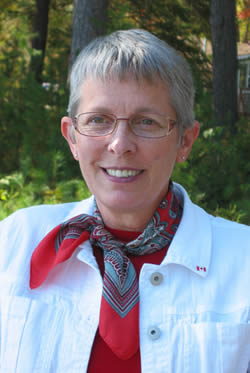 Mayor Love got elected once again.

On Monday, Mayor of Madawaska Valley Township, Kim Love was appointed to represent Zone 6 on the Board of Directors of the Rural Ontario Municipal Association (ROMA). Throughout the Province, there are nine zones in total. Zone 6 includes 48 municipalities (Cities, Townships, Towns) that go from Deep River, Pembroke all the way down to Belleville and Kingston.

Mayor Love says there were 1200 delegates at the conference, held in Toronto. Out of those 1200, they had to gather up 75 delegates belonging to Zone 6 which she describes the experience to the likes of “finding a needle in the haystack”. Out of those 75, five were vying for votes to represent Zone 6. At the end of the day, she was proud to say that she came out victorious.

When it comes to juggling the new job with her current job as Mayor, she says “it won’t affect it” and adds that it will only add more work for her. She continues by boasting her Council and how great the staff at Madawaska Valley Township is. Accompanying her in Toronto, she said Councillor Peplinski, Willmer and Shulist were there supporting her in her campaign. She ends off by saying that the Valley’s new Council is so strong that it allowed her to step up and run for to be on ROMA’s Board of Directors. It might be more time consuming, but as she states, she’ll still be attending community events and assures that we’ll be seeing her around.