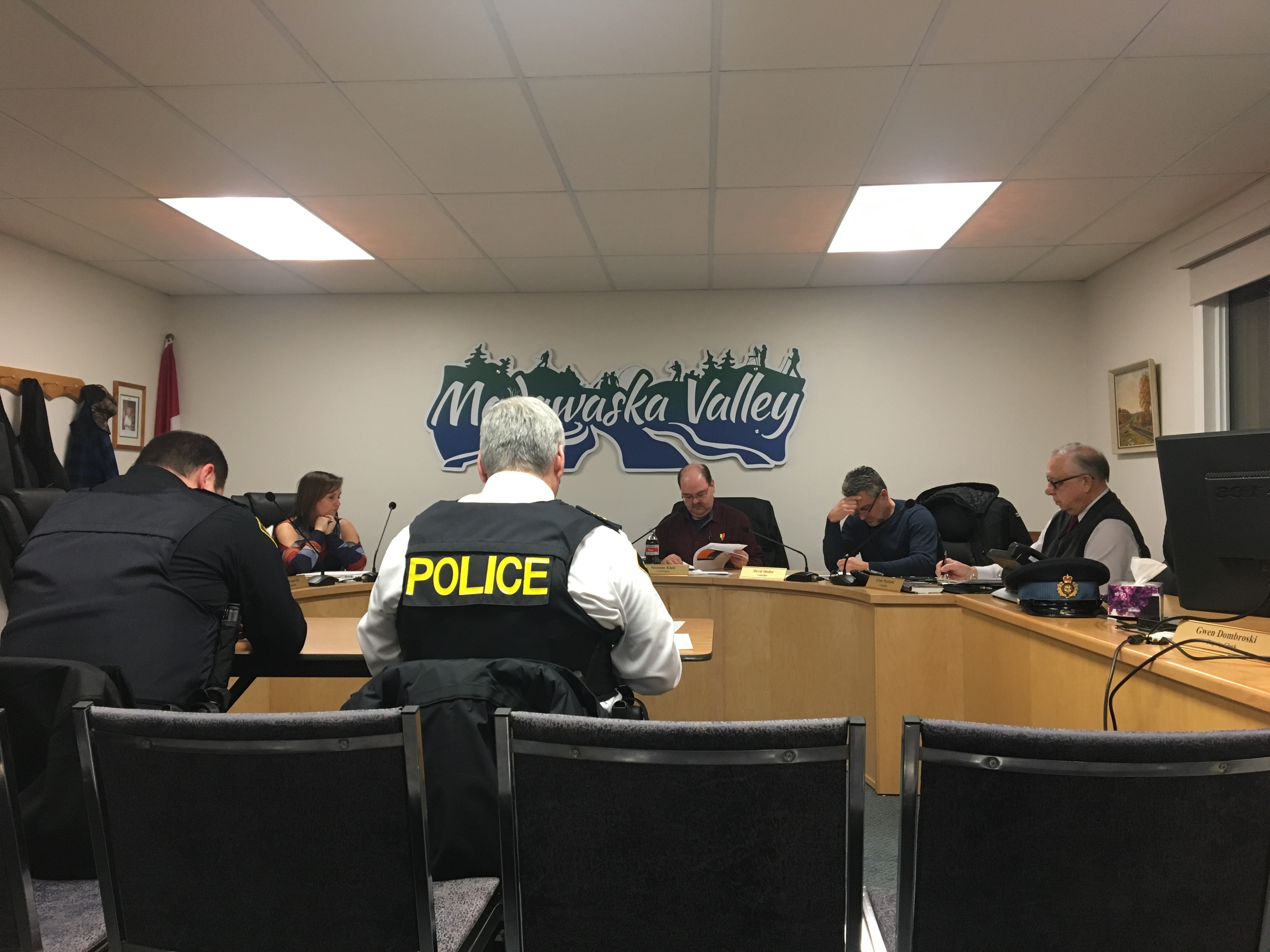 The meeting, held at the Madawaska Valley Township Municipal Office was led by OPP Staff Sergeant Paul Dowdall and Sergeant Jordan Bullis. They presented a yearly wrap up of 2018’s crime rates within the 5 townships patrolled by the OPP’s Killaloe detachment. These Townships are Madawaska Valley, Killaloe Hagarty and Richards, South Algonquin, Brudenell Lyndoch and Raglan, as well as North Algona Wilberforce.

Put together the 5 townships saw an increase of 45% in terms of criminal assault and 58% in thefts of under $5000.

Councillor of Killaloe, Hagarty and Richards, Stanley Pecoskie was also appointed as new chairman of the committee.