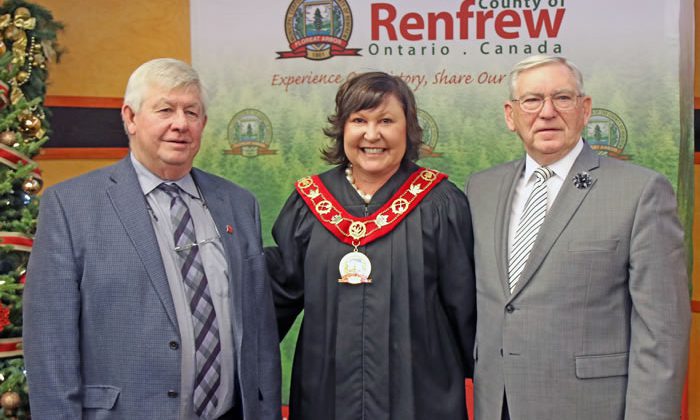 Jennifer Murphy was elected to serve as Warden of the County of Renfrew for 2019.

Murphy, who will begin her third term as Warden, was elected by members of County Council on Tuesday.

She was running against Mayor of the Township of McNab/Braeside, Tom Peckett.

The final vote count was 10 for Murphy and 7 for Peckett.

Warden Murphy, also Mayor of the Township of Bonnechere Valley says she intends to continue make Renfrew County the best it can be.