Hungry Black Bears Shouldn’t be Feared, But Should be Respected And Avoided 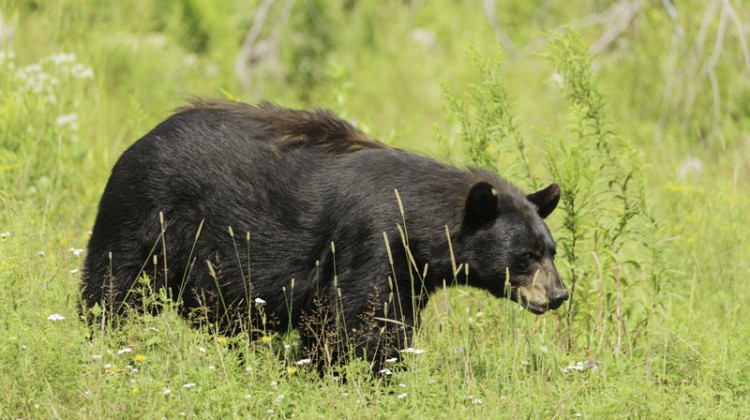 You don’t need to be afraid, but you should be cautious and respectful.

That’s the message from Mike McIntosh from Bear With Us rehabilitation sanctuary. McIntosh says now is the time of year when black bears will be loading up on food to prepare for hibernation. He says while bears may show up in densely populated areas, they’re usually not looking to start a fight.

“There’s quite often an unnecessary hysteria as far as fear goes with the animal because bears are not nearly as dangerous as we perceive,” says McIntosh. “However, we do need to respect the fact that these animals are powerful and quick.”

McIntosh says the general rule is, if you leave them alone they’ll leave you alone. He says even if they show up near homes or schools, they know there are humans around and they’re used to it.

“They get used to what people do,” says McIntosh. “That’s why sometimes they appear unafraid, that’s not unusual and it also means they’re highly unlikely to be a threat.”

If you end up getting between a mother black bear and her cubs, McIntosh says you’re more likely to get a warning swipe instead of facing down a deadly attack.

“People have been bitten of slapped before, just because she’s defending her cubs, but that’s about the extent of it. We hear about bears attacking in defence of their cubs, that’s generally information related to Grizzly Bears.”

But McIntosh says bears can be antagonized by off-leash dogs.

“Sometimes the dog will antagonize the bear until it gets angry and quite often the dog goes right back to where the person is standing,” he explains. “That creates a possible conflict.”

If you’re walking your dog in an area known to be frequented by black bears, it’s best to keep your pet on a leash.

Finally, don’t put out food that will attract bears to your property. McIntosh says that usually means keeping the bird feeder inside for now. The bears are looking for high-fat food like fruits, nuts and seeds and have a very strong sense of smell that will lead them right to your feeder. He says once the snow starts flying, you’re safe to put out the feeders.

McIntosh says if you do have a bear that’s constantly coming to your property and causing issues you need to call the MNRF bear wise reporting line at 1-866-514-2327. He says you should call every time you spot the bear, so the MNRF is aware the animal is still in the area and needs to be dealt with.

You can learn more about McIntosh and his work at the Bear With Us sanctuary and rehabilitation centre here.