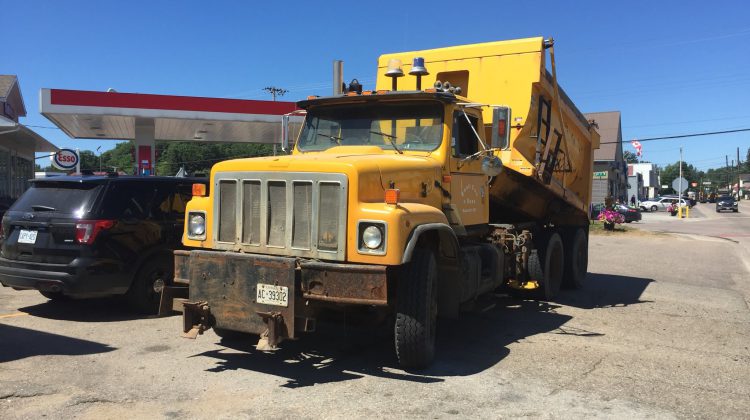 Madawaska Valley’s Fire Chief nobody was hurt after a truck fire in Barry’s Bay.

Corwin Quade says just before 10:00am the fire department was dispatched to the scene of a fire and explosion at the corner of Opeongo Line and Bay Street.

According to Quade, a dump truck driver had noticed his truck was smoking at the three-way-stop and pulled into the nearby gas station parking lot. After parking, the man noticed flames coming from the back of the truck.

A worker at the gas station brought a fire extinguisher out with her to put the fire out, Quade says her actions averted a possible disaster. He says the explosion came shortly after the driver started to extinguish the fire and the man is lucky not to have been seriously injured.

When the fire department arrived, Quade says the fire was put out completely and thermal imaging showed some areas of the truck were as hot as 870 degrees Fahrenheit. Police and paramedics also attended the scene to check on the drive.

Quade says the blaze has been deemed as accidental.