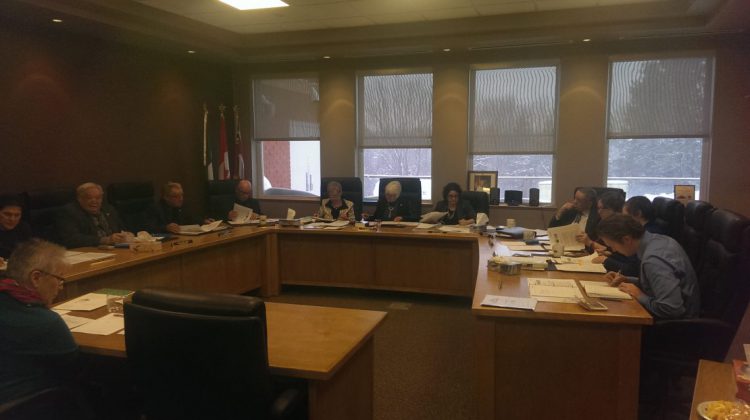 Hastings Highlands Council officially removed Frank Hickey from his seat at the table.

Council voted in favour of the move earlier today. The municipality says council was faced with the decision because Hickey did not file a mandatory financial statement after the last election in 2014. He is not allowed to run in the next election because of this. Hickey was appointed as a councillor for the Bangor, Wicklow and McClure Ward in September after Bert Cannon passed away.

But Councillor Alex Walder is concerned about the municipality’s role in all of this. During today’s meeting, he questioned why staff hadn’t noticed that the now-former-councillor did not file his paperwork before being appointed to the role. Walder says Hickey did get his $100 nomination fee refund, which is the only solid information the municipality currently has.

CAO Pat Pilgrim says the municipality can’t find Hickey’s financial statement from the last election, which is why he was removed from office. Pilgrim says staff had assumed he had submitted them when appointing him.

Mayor Vivian Bloom says she doesn’t think anyone is happy about what happened, but it had to be done. She says it’s the treasurer’s responsibility to refund a nomination fee, whether or not a financial statement has been filed. Bloom also says it’s up to the candidate to prove they filed their paperwork.

Council also discussed how to fill the now vacant seat at the table. Keith Buck, the runner up for the ward, declined taking on the role. There was no one else from the ward that ran in the election.

Because of this, Hastings Highlands Council will now have to appoint a new member through an application process.  Any resident who wants to take on the role will have to apply, and will be given a chance to address council about why they should be given the seat. Councillors will then vote on who they’d like the new member to be.