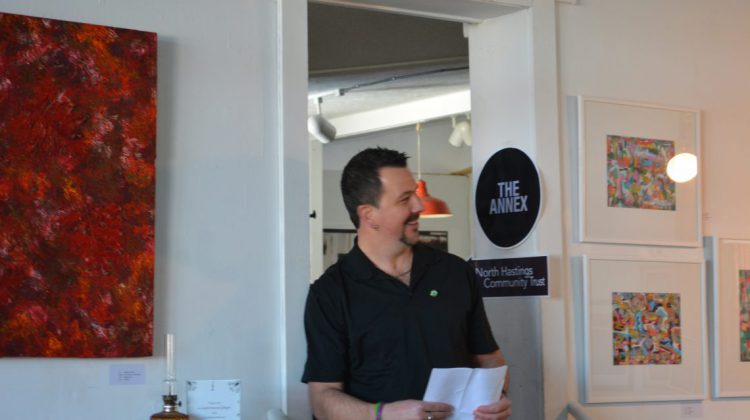 Kilpatrick made the announcement at A Place For The Arts this morning, saying the role has taken a serious toll not only on himself, but his entire family. He says he doesn’t think he can continue to work with Bancroft’s current council.

Kilpatrick feels he has been isolated since its meeting on January 9th. During a closed session, protesters walked in demanding that Bancroft’s water and sewer rates be lowered. All town councillors except for Kilpatrick left the room. Mayor Paul Jenkins says he instructed council to do so for their safety.

Earlier this week, Bancroft Council voted to hire an Integrity Commissioner to investigate workplace harassment allegations made against Kilpatrick. He says he believes this was done in retaliation for a Code of Conduct complaint he had filed in November.

Kilpatrick says he did not personally attack people, but did tackle arguments. Despite his resignation, he says he will continue to volunteer in the community and try to make a difference one person at a time.

Mayor Jenkins says the town would like to sincerely thank Kilpatrick for all his contributions, specifically mentioning his work on the water and waste water issue and for his advocacy for the less fortunate. Jenkins says this is a ‘spider web situation’, that goes beyond this one event. Jenkins says he will release a more detailed statement in the next few days.

Former-mayor Lloyd Churchill says he is very disappointed by the announcement. He says Kilpatrick was one of the bright spots on council, who cared for the people of Bancroft. While he hopes Kilpatrick will continue to play an important role in this town, Churchill says his resignation will be felt more as time goes on.